Next Jump is a reinterpretation of the shmup genre into a tactics game.
While movement IS crucial in shmups, it’s just a way to the crown of the genre: the SCORE. I could not leave a score system out of the game, but I wouldn’t “just” put it in there either:
After all, I’m reinterpreting all the main mechanics and systems of shmups.

The score in Next Jump is called “Reputation” and it is used to measure how well a player, or pilot, is doing (just like in a shmup). But more than simply changing words, the influence that the Reputation have on the game systems is way more significant: It represents how the Pilot is seen by the Federation AND enemies (dragons). Anything rises the Reputation: killing enemies, collecting Scrap and making something good on Events scattered through the galaxy.

There’s also a Combo multiplier that rises for every killed enemies, as long you are not hit.
And as any military group, the Federation have “Ranks”: 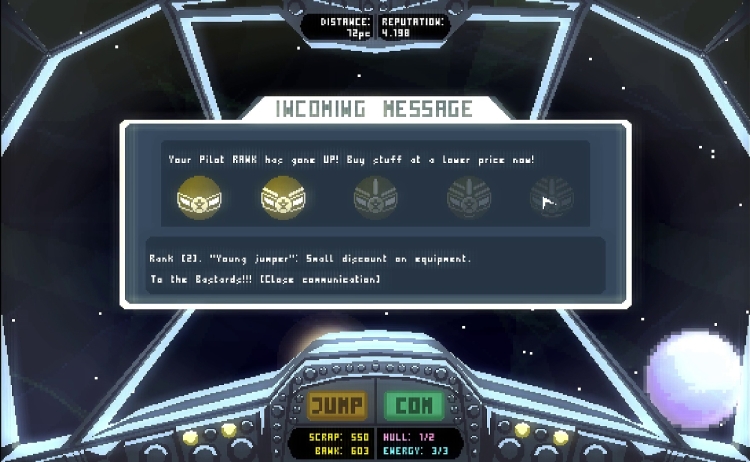 Once the Pilot rises his Reputation enough, the Federation will grant a better Rank. The higher the rank, the lower the price of upgrades and repairs in the Federation space stations.

Now, for the Dragons… higher Reputations means more and varied enemies.
For example, going from this: 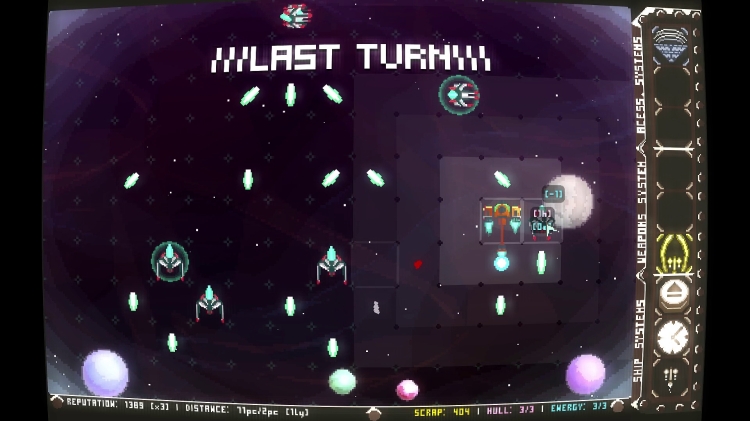 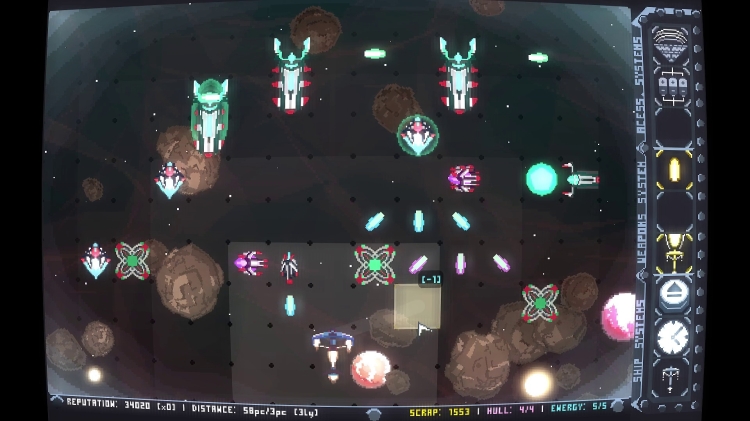 That’s basically what the score, or Reputation, does in Next Jump.
I hope you’ve find it interesting and I would love to answer any questions.

One thought on “It’s all about the Score”